Classified, Your Story is My Story

Is an Igbo proverb my father taught me that his mother would say to him. What’s interesting about Igbo proverbs and stories is that they can have various meanings. This proverb literally means ‘take your eye’ however it also means:

Now why would I say remain alert and be mindful, then put the words “Black Power” after it? Here’s another question, how many Africans do you see from Africa walking around in colorful dashikis yelling “Black Power!” and proclaiming how “black” they are? Better yet how many Africans from Africa are on social media ranting about their mistreatment from someone of another race or ethnicity? Now please do not misinterpret what I’m saying here. The black power movement that occurred in 1950s and early 1960s was something in a way I wish I could have experienced and has paved the way for us, especially the Black Panthers. The movement was a true reflection of how powerful we are. Today it’s like the term ‘black’ has become just something to say. I’m guilty of it myself at times, which is why I wrote this blog post.

And now that I am thinking about it, I realize since birth I have never heard my father, uncles, aunts, or even grandparents say or mention “Black Power”. Their walk is power; Their accent. Their language. Their mentality. The way they teach us (children). The stories they tell. The proverbs they pass down. Now I have heard my father say, “People judge me initially but once I speak and they hear my accent their demeanor changes. They become respectful–they get friendly.” My father has also said to me, “Black says nothing about you. Not even “African American” says anything about you. You are Nigerian American.”

Africa is a continent, full fifty-four countries, from Algeria to Zimbabwe, languages, beliefs, foods, principles, proverbs, cultures, style of clothing, etc. According to my father the dashiki that African Americans wear, relates to a group of people in Nigeria called the Hausa people. Wikipedia explains the word dashiki further. The name dashiki is derived from the Hausa word ʼdan ciki, which means shirt.

This spiked my curiosity and I immediately wanted to dig deeper into the various styles of traditional Hausa attire. A popular style worn by Traditional Hausa-Fulani is very long and the sleeves are loose and kind of cut off.

On the other hand the Igbo men wear something similar but with gold lion heads sewn into a velvet type fabric. This style is usually worn on very special occasions, hence the wrappers which they have tied around their waist.

Am I against dashikis? 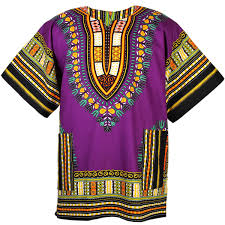 No, they are beautiful. Have I ever worn one? No. Will I ever wear one? Probably not. What I will surely wear is my Igbo Nigerian traditional attire that will or has been specially designed for me by my aunt who sews, or a professional Nigerian tailor.

My point in all this is let’s open our eyes so we can see the African culture for what it truly is. Just because we wear a dashiki or in proper terms a dan ciki doesn’t make us more or less powerful. Let’s not get caught up in the hype of the “Black Power” business (believe it or not it is a business) so much so that we drift away from our true roots. Remember being African or of African descent is about knowledge, strength, values, and culture. That is our true power. Many African Americans who are going hard for Africa can’t name up to ten countries in Africa. Many Americans going hard for “Black Power” are still calling Africa a country.

Classified, Your Story is My Story

Welcome home Soul Survivors! The vision for this site does not evolve around the little mind, but the grandeur supreme destiny of a soul survivor's journey. - Soul Survivor Writer - Read more →

Your Story is My Story

Speak it. See it. Awaken it.

SHOUT OUT! To Shawn. I had seen her around the off

SHOUT OUT to Sandi. One of the sweetest human bein

NOW, Let's get back to the MOVEMENT, shall WE!! AC

I wrote this poem one night because I was tired of

SHOUT OUT!! To Queen Doreena aka Doe aka my soul s

"Too many artists are trying to figure out the "pr

"You are a genius. You were created to reinvent hi